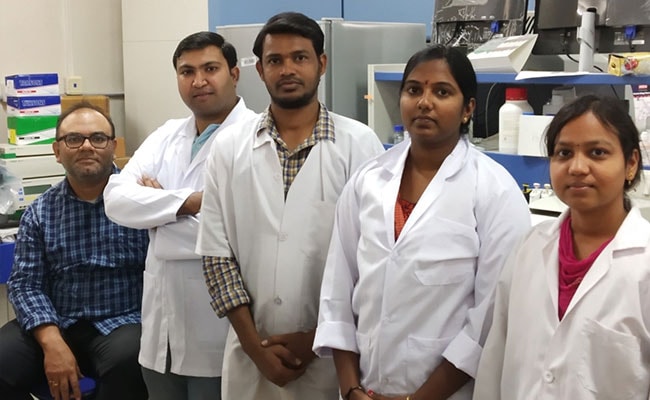 IIT Hyderabad team which discovered the working of the ‘DNA Proteins’

A research team from Indian Institute of Technology (IIT), Hyderabad has discovered the working of a protein which repairs damaged DNA. This special class of proteins called ‘DNA proteins’ gets activated in response to damaged DNA.

With increasing awareness of the impact of DNA damage on almost all diseases and maladies, there is a worldwide effort to understand how these repair proteins work, both as an academic exercise and as the foundation for therapeutic interventions.

DNA Damage And Its Implications

DNA is the blueprint of the life-form and encodes the directions that the life-form must take in order to become a bacterium, rose, lion or man. It is thus essential for the survival of every cell and is usually kept well protected within the nucleus of cells, and in some non-nuclear parts like the mitochondria.

Any damage to DNA can result in outcomes that can range from unperceivably mild changes, such as the sudden appearance of a harmless mole, to catastrophic diseases, such as cancer. The retention of DNA integrity is therefore essential for proper function and survival of all organisms. Protection of DNA is daunting because of the possibility of damage by external sources and the intrinsic instability of DNA itself.

“Our laboratory at IIT Hyderabad seeks to understand the workings of the DNA damage repair proteins. Certain types of chemicals produced naturally in the body can cause damages in DNA and, if not fixed fast, may trigger cell death”, explains Dr. Anindya Roy.

The doctoral student in his laboratory Ms. Monisha Mohan discovered the mechanism by which these DNA repair proteins assemble when DNA is under threat. They studied the action of one specific protein called alkB homolog 3, or ALKBH3. It has been known that ALKBH3 repairs alkylated DNA containing 1-methyladenosine and 3-methylcytosine through oxidative demethylation, but the mechanism has hitherto remained unclear.

Dr. Anindya Roy and the research team have unravelled the mechanism by which ALKBH3 brings about demethylation.

“We have found that ALKBH3 has a direct protein-protein interaction with another protein called RAD51C and this interaction stimulates ALKBH3-mediated repair of methyl-adduct located within 3- tailed DNA”, adds Dr. Anindya Roy on the technical aspects of their discovery.

The team is fascinated by the universality of the mechanism – it is just as applicable to the bacterium as it is to human beings. “The knowledge gained from our studies might, in the long term, be beneficial from a cancer therapeutic perspective”, hopes Dr. Anindya Roy as his team proceeds with work on understanding how DNA repair works.