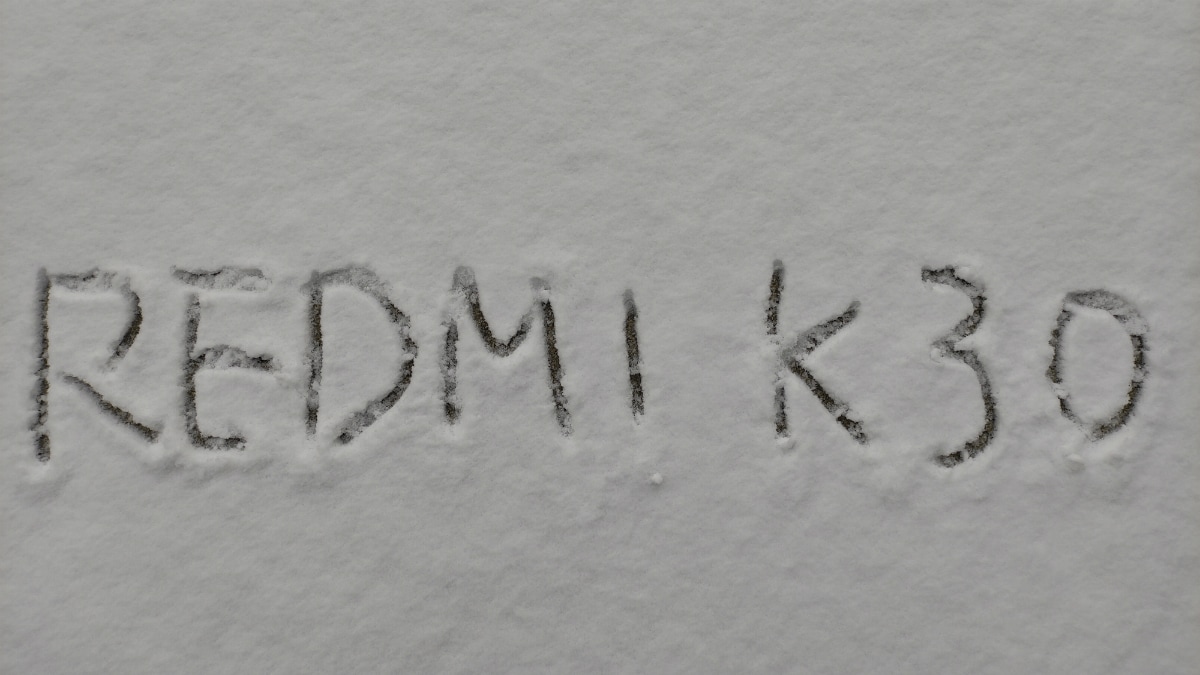 Redmi K30 is set to formally launch on December 10. But days ahead of its debut, the new Redmi phone has regularly been teased by Xiaomi. A fresh teaser image suggests an all-new matte colour finish for the Redmi K30. The smartphone is also confirmed to debut alongside some new Internet of Things (IoT) devices from the Chinese company. Separately, some renders suggesting the design of the Redmi K30 have surfaced on the Web. The renders showcase a dual selfie camera smartphone as well as a vertically-arranged camera setup at the back.

Through a Weibo post, Redmi General Manager Lu Weibing has teased one of the distinct colour options of the Redmi K30. The teased colour option isn’t likely to be in line with what we saw on the Redmi K20. Instead, it appears to come with a finish similar to what we saw on handsets such as the Realme X2 Pro Concrete Edition.

Weibing has also confirmed that the Redmi K30 will launch alongside a new list of IoT devices.

Alongside the official revelations, some renders tipping the design of the Redmi K30 have been posted on Weibo. The smartphone would come with a vertically-aligned quad rear camera setup. This could be featured on a circular-shaped finish at the back and accompanied by an LED flash module. Further, the phone appears to have an in-display fingerprint sensor since the renders don’t show any references for a fingerprint sensor available at the back of the device.

Additionally, Xiaomi-focussed tipster Xiaomishka has posted an image on Twitter that looks like an official teaser — showcasing the front panel of the Redmi K30. The handset seems to have thin bezels on top and sides, while a small chin appears on the bottom — similar to the Redmi K20 series.