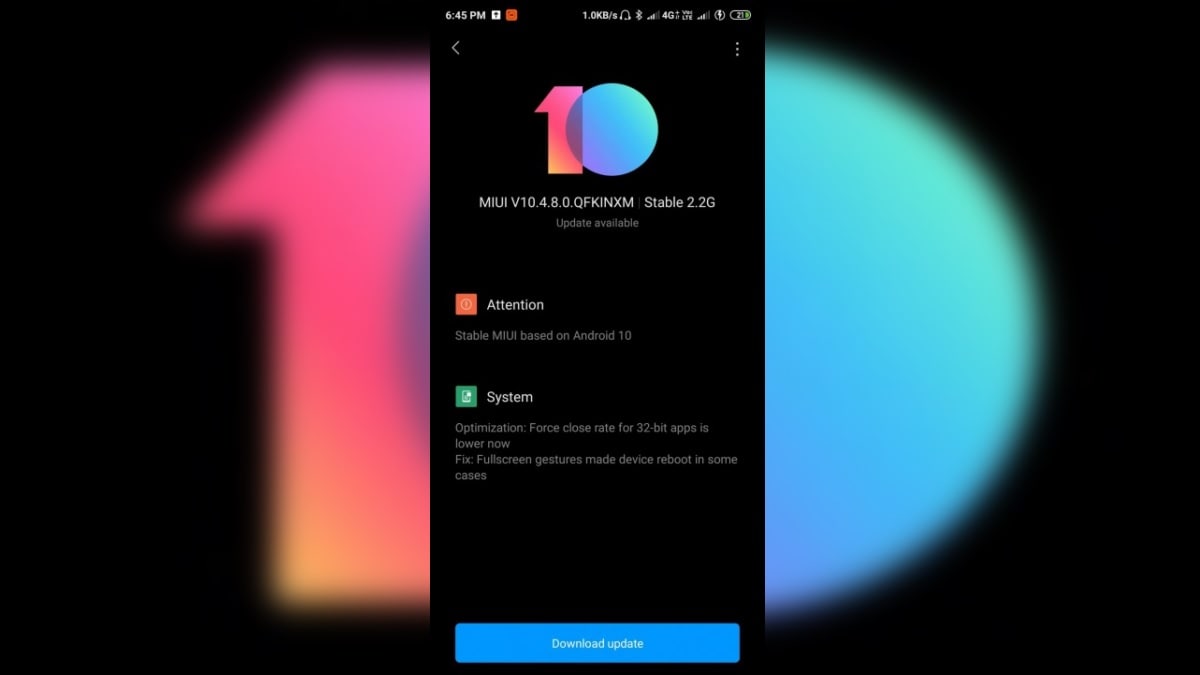 Highlights
In This Article

Redmi K20 Pro began receiving the Android 10-based MIUI 10 stable update earlier this month in China. Xiaomi has now begun the rollout of the stable MIUI 10.4.8 stable update based on Android 10 for Redmi K20 Pro in India as well, as per user reports. The update introduces a host of new features such as the new gesture-based navigation interface, dark theme, notification actions, and prioritised notifications based on the importance assigned by users. The stable Android 10-based MIUI 10 update for the Redmi K20 Pro also fixes an issue that caused the phone to erratically reboot when full-screen gestures were enabled.

We have come across multiple reports of users sharing screenshots describing the arrival of the stable MIUI 10 update based on Android 10 for the Redmi K20 Pro on the official Mi Community forum. The MIUI v10.4.8 QFKINXM update is 2.2GB in size. The update’s changelog currently mentions only two changes, with the first one being optimisation for 32-bit apps to reduce their force close rate.

The second system change introduced by the stable Android 10-based MIUI update is actually a fix for an issue that caused the Redmi K20 Pro to randomly reboot in some cases when the fill screen gestures were enabled. As for the rest of changes brought by the new iteration of MIUI based on Android 10, they include the arrival of a system-wide dark mode. Fullscreen gestures also arrive, allowing users to fully ditch the navigation button approach and rely on swipe gestures to navigate the phone’s UI.

Redmi K20 Pro’s latest update also introduces notification actions, which bring contextual suggestions for an incoming notification without opening the app. The other key change is the arrival of the prioritised notifications, allowing users to classify notifications based on importance and accordingly choose to get notified. Basically, high priority notifications will provide a sound or vibration alert, while unimportant ones will be silenced to prevent any interruption.