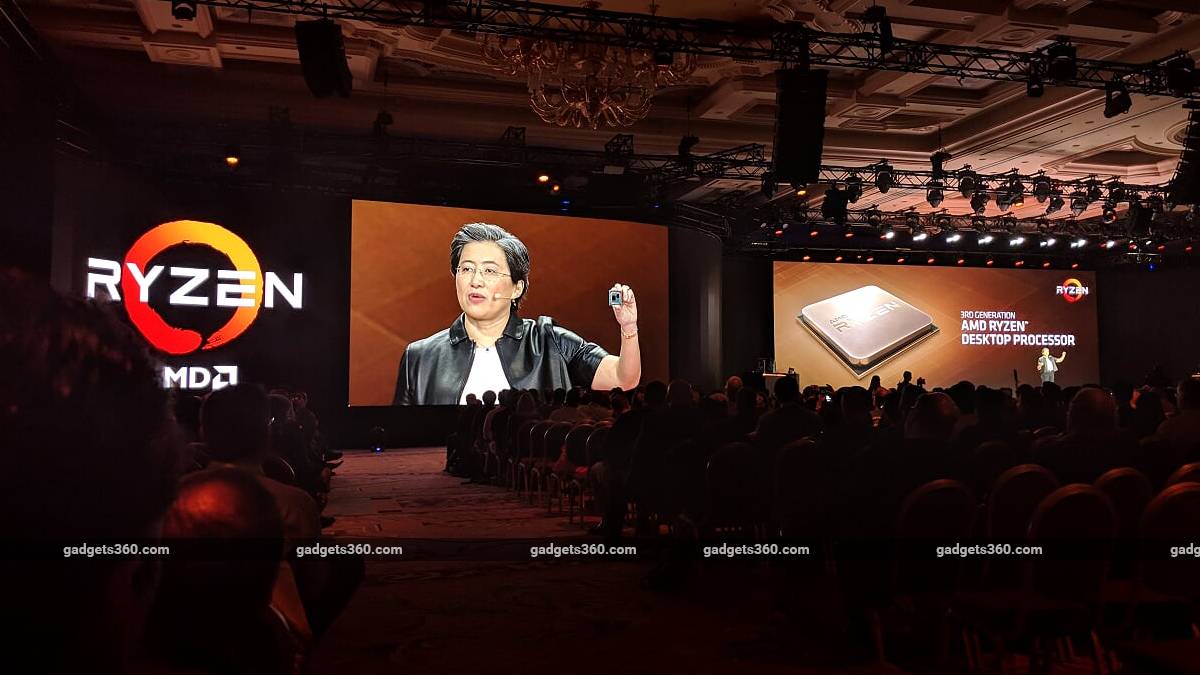 Even before CES 2019 in January this year, rumours of a 16-core next-generation AMD Ryzen CPU began to circulate, but no such thing was announced at the show. Now, a few weeks before Computex 2019, those rumours are picking up steam again. Noted Thai hardware leaker TUM_APISAK has posted specifications on Twitter of what he believes to be an engineering sample of a 16-core Ryzen CPU. The details were discovered in the online database of a benchmark, though he hasn’t stated which one. It is possible that the results are from a sample shared by AMD with motherboard manufacturers for validation ahead of the chip’s official announcement, as suggested by Jim Parker of AdoredTV in the tweet’s comments.

According to TUM_APISAK, the unnamed CPU has 16 cores, a base clock speed of 3.3GHz and a boost speed of 4.2GHz. If this is in fact an engineering sample, those speeds could improve prior to the official launch of this chip as AMD makes final adjustments. The chip was tested on a motherboard based on the upcoming X570 platform controller. No other specifications are known, but it can be presumed that this chip supports multi-threading for a total of 32 threads. The leaker has stated that he might post a screenshot of the benchmark soon.

It has previously been speculated that AMD will add a Ryzen 9 tier to its product line to match Intel’s Core i9 branding for its highest-end desktop CPUs. AMD CEO Dr Lisa Su showed off a working sample of an eight-core Ryzen CPU at CES 2019 with two distinct “chiplets” on one package; one eight-core die and another modular IO die. There was obviously space for a second eight-core die on the package, making the leak somewhat expected.

AMD could announce its next-generation Ryzen 3000 series processors at Computex 2019, where CEO Lisa Su is set to deliver the opening keynote address. She could instead tease or preview them with a formal launch on July 7, a date chosen to highlight the 7nm architecture that these chips will be built on. The Ryzen 3000 series will be built around the Zen 2 architecture, a refresh of the current Zen+  and Zen designs that have helped propel AMD back to a strong market position after many years trailing Intel.

Meanwhile, it’s all but certain that we will see AMD X570-based motherboards at Computex 2019. MSI has tweeted a teaser animation of one motherboard model with integrated Wi-Fi 6, with the number 3000 flashing briefly on screen.

Also, Yuri Bubliy, an enthusiast and developer of the Ryzen DRAM Calculator utility, has tweeted that the Ryzen 3000 series will support DDR4 RAM at up to 5000MHz with overclocking. As noted by Hothardware.com, this would be quite a speed bump over current-gen Ryzen CPUs.

Intel’s own struggles with manufacturing 10nm CPUs and keeping supplies of new 14nm models in stock should help AMD in the short term. While Intel has committed to finally shipping 10nm CPUs in volume this year, AMD will be launching 7nm desktop Ryzen CPUs as well as 7nm Epyc CPUs based on the ‘Rome’ architecture for servers, and 7nm ‘Navi’ GPUs for data-centres and consumer graphics cards, all within 2019.

It is likely that AMD will increase core counts across the Ryzen 3000 lineup, with six cores and 12 threads possibly becoming standard across the Ryzen 3 range, and 12-core and 16-core options making up the higher-end Ryzen 7 or purported Ryzen 9 series